Displayed at the 2010 Delhi Auto Expo, the Renault Twizy is already on sale in Europe 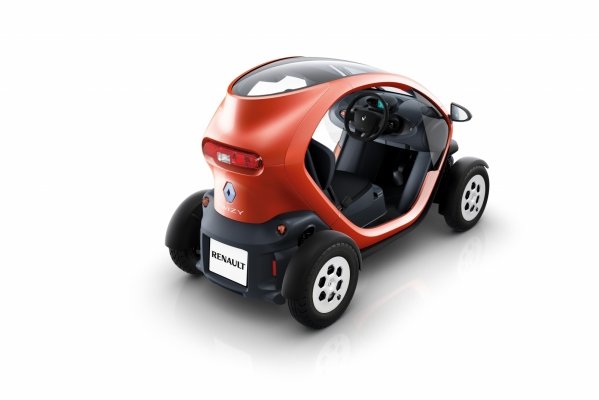 The Renault Twizy is already on sale in Europe and reports suggest that this practical urban car will be launched in India, too. 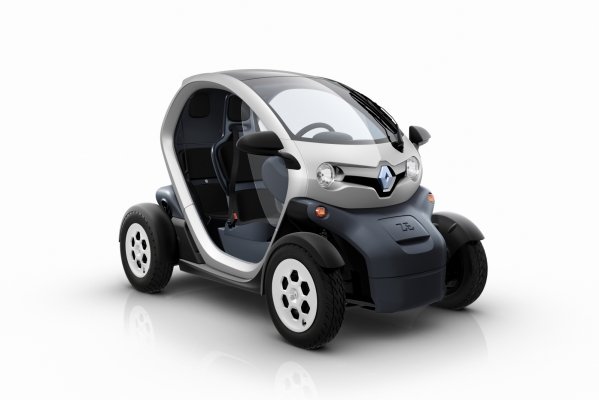 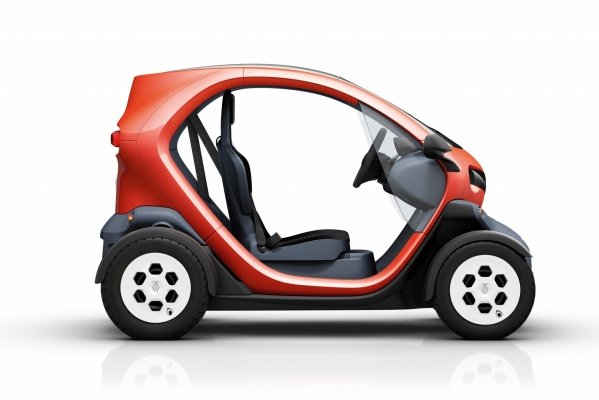 The speed of this version is capped at 45kph, which means it can be driven without a licence in certain countries. 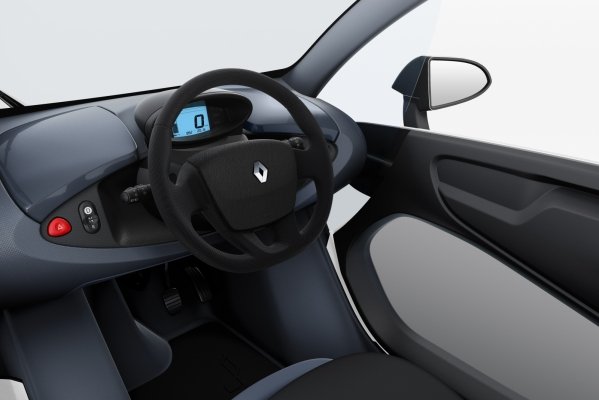 Renault Twizy will clearly appeal to busy, carowning city dwellers looking for a second vehicle, as well as to younger drivers interested in a safe way to gain experience in traffic thanks to the availability of a version that will not require a driver's licence (depending on country). 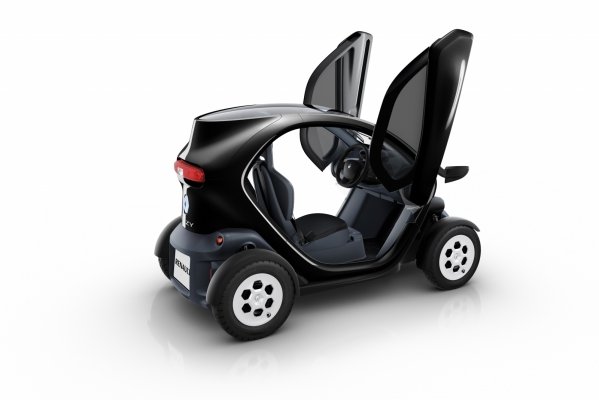 Renault Twizy's running costs – insurance, maintenance and energy (battery lease and electricity for recharging) – are just as modest, working out at 15 percent lower than those of a three-wheeled scooter. 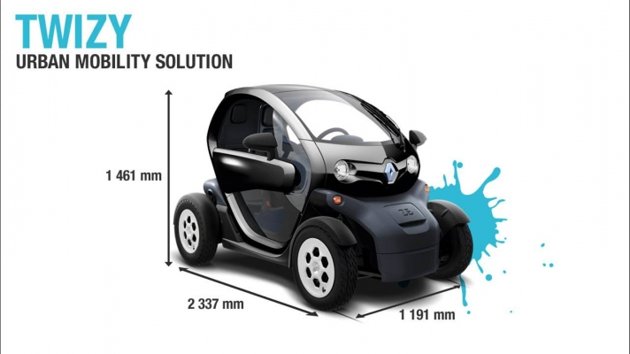 Twizy gets around town faster than a car thanks to its unprecedented ultra-compact dimensions which also facilitate parking. 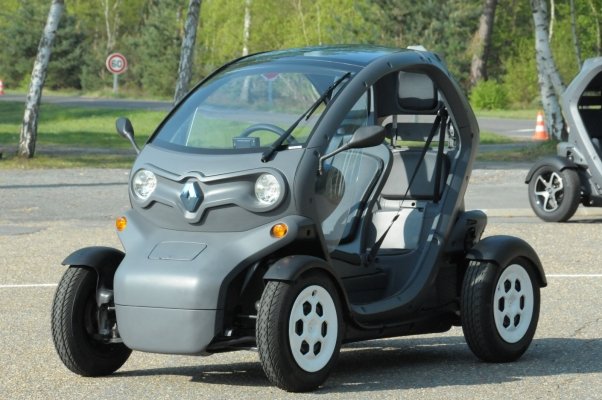 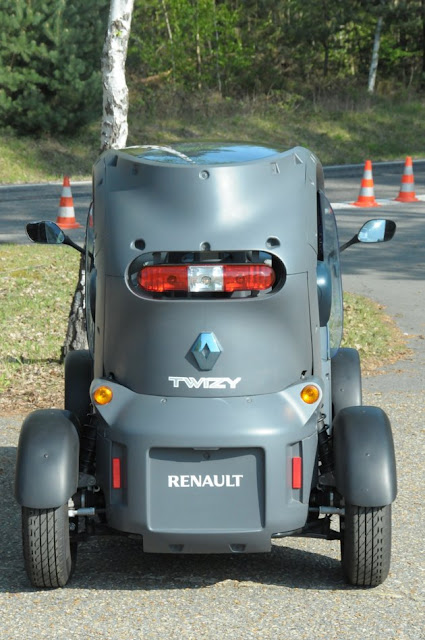 Also, since Renault Twizy's occupants are protected and held in place, they are under no requirement to wear any sort of protective gear. 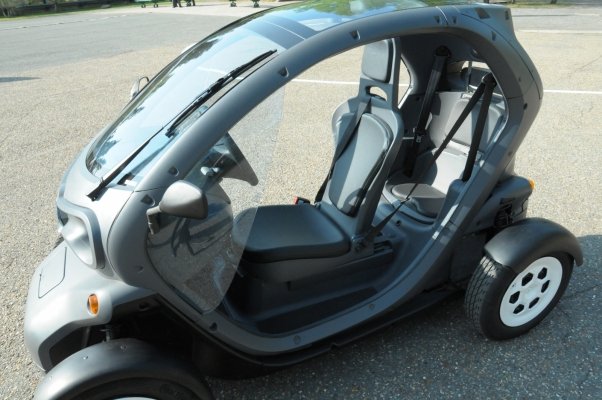 Renault Twizy’s low weight (450kg, including the 100kg battery) directly benefits its operationalrangewhich is 100km (standard cycle).In everyday use, this figure may vary as a function of the driving conditions actually encountered. 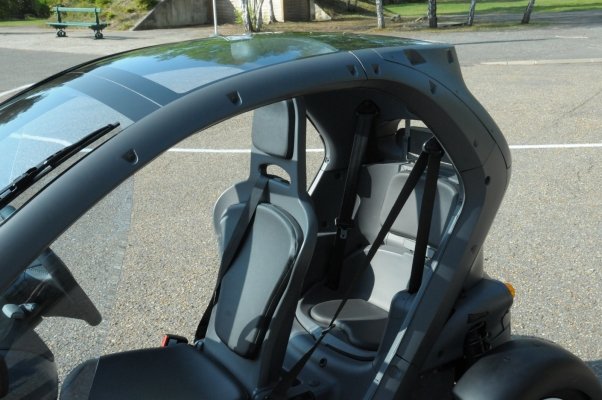 Twizy’s battery fully charges in just 3½ hours using a domestic electrical supply via a spiral cable stowed behind a flap at the front of the vehicle. 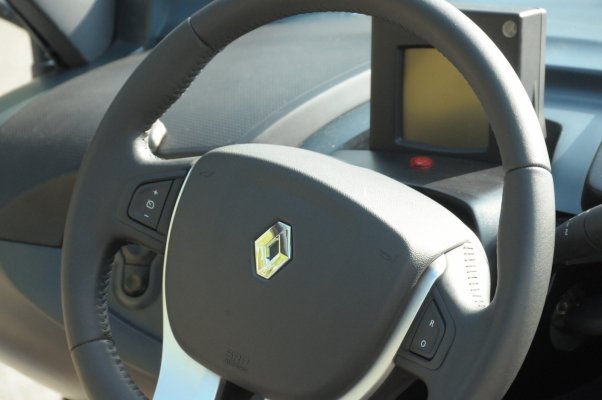 Its wraparound bodywork and side deflectors ensure enjoyable open-air motoring, protected from the elements and wind. 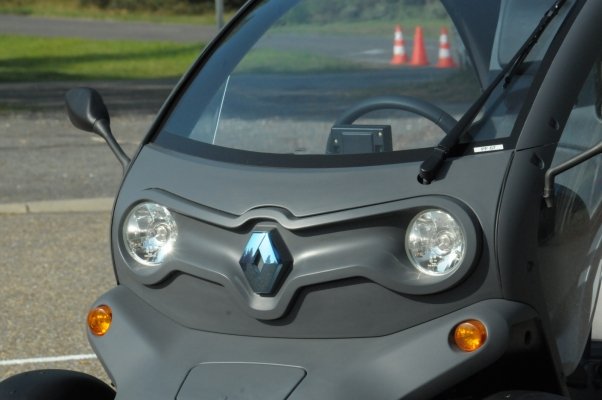 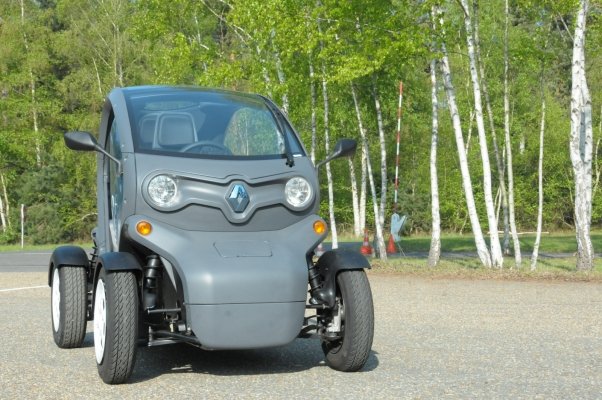 It offers up to two occupants –sitting in tandem, one behind the other – greater safety compared with a two-wheeled vehicle, thanks notably to an extensive list of active and passive safety features. 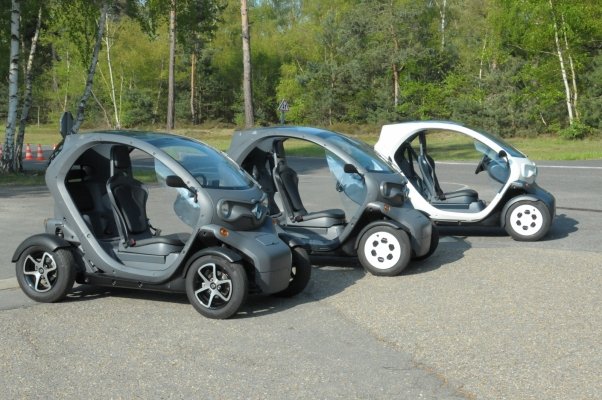 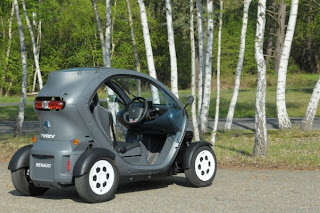